Home / Community Articles / One of the 99

Home / Community Articles / One of the 99 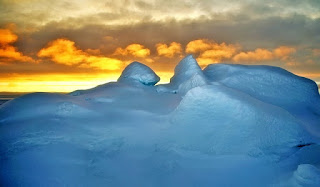 By Kevin Grossman on GOTG

“Just between the ice ages anyway
I want to talk, but I haven’t got too much to say
I don’t mean to be so Nihilistic
Forgive me if I seem to be too realistic…”

I thought we were going to talk about something else. Something related to the same organization we volunteered for. Maybe about a project we were working on together. It was Friday and I was looking forward to the weekend.

But I didn’t expect this — he brought up being out of work since early summer.

“I’ve applied for nearly 200 jobs at least, many of them management jobs,” he told me. “Mostly direct applies on LinkedIn, although I’ve tried to network into as many as I can.”

I empathized and listened.

“And you know what? I keep being told I’m just not qualified for the management roles. I know it’s been years since I managed a team, but still. My friends keep telling me that the companies only care if it was within the last year. Period. No exceptions.”

“I know, but you know what? Even the other roles I’ve applied to I’m really qualified for, but for most of those I’m not even hearing anything after my initial application. Nothing. Nada. Zilch,” he said.

“It’s been months,” he added after a brief pause.

I tried to make the case that more companies are working hard on improving what it’s like to go through their recruiting and hiring process. He knew I run a global nonprofit research organization called Talent Board that’s all about elevating and promoting a quality candidate experience, working with hundreds of employers and analyzing hundreds of thousands of candidate responses via the survey research we conduct, most of whom didn’t get the job at the end of the day, which is the reality for all of us.

I explained that, for companies that have improved the candidate experience, and the candidates perceive that they have an overall 5-star great experience (out of a 1-5 Likert scale) no matter how far in the hiring process they make it, they’re more likely in 2017 to apply again for a job at the same company, refer others to the same company, and to buy stuff from that company if it’s consumer-based (think retail, hospitality, airlines, etc.) 74 percent of the time. That’s good news.

However, when candidates have a horrible 1-star experience overall, they’re more likely to never apply again, to never refer anyone and to never buy stuff — 46 percent of the time. That could equate to significant revenue and refer networks lost.

“Now that we’re older, Kevin, it’s worse, I’m telling you,” he said. “We’re just not talking about it. I’m in my forties and it’s getting worse. I hear it from so many other people I know our age, but we’re still not really talking about it.”

And I’ve got a decade on you, Brother, I thought. Even with unemployment being lower than it’s been in over 15 years, over half of us are just not hearing back after we’ve applied for jobs. This reality sent me back to a time not too long ago when I was searching and searching and not hearing back.

And now I’m that many years older, and if I was in that position again (and any of us could be at any given time for any reason), it’s going to be much tougher. No matter how qualified I think I am and/or actually am. I have a family and even though my wife and I work together to take care of us all, it doesn’t take away the age stigma associated with being an older job candidate, especially north of 50 years old.

I remember the sick feeling of not hearing back from any possible employers, the helplessness and the shame and the frustration. Of not knowing what I was going to do next, how much savings we’d having to drain to keep a roof over our heads or keep the basic necessities on our table, of what we’ve have to do without in order to make it when the money ran out.

The fact is, it still really sucks to look for a new job, especially when you’re older.

“Kevin, you know what I mean?” he asked, snapping me out of my forboding.

We finished the call and immediately I started to dig into our Talent Board Candidate Experience Awards Benchmark Research. The 2017 research report won’t be published for awhile, but the same trends we’ve seen year after year include the following insights from this year:

Now, compare that with the younger generations of today:

And then compare that with gender differences of today:

Never hear about any next steps 2-3+ months after they’ve applied. Nothing. Nada. Zilch.

Granted, there’s a greater complexity within the hiring process when dealing with only more experienced positions and senior management, but the disparity of being older and male remains for the job seeker. That doesn’t even take into account ethnicity or race, something our research doesn’t cover, but there is data on this elsewhere, including the Bureau of Labor Statistics (BLS).

Regardless, it’s a business transaction, one where 99 out of 100 people who apply for any given job are not qualified enough and will not be hired, no matter the age, gender or race. Yes, it’s a messy human transaction, but a business transaction nonetheless. Plus, businesses come and go, as does job growth (which has been pretty steady for a few years now), and even in boom times their are many people underemployed or those who give up their job search altogether.

Fortunately there are many companies big and small that are trying to improve their hiring process and the candidate experience for not only new hires, but for those they reject as well, with a better combination of recruiting strategy, tactics and technologies. Talent Board be celebrating dozens of these companies at the North American CandE Symposium and Awards Gala in Nashville on October 2. These companies understand the competitive advantage behind over-communicating with hires and rejected candidates, and providing and asking for feedback along the way, even before and right after they apply.

Most importantly, these companies understand giving closure to as many candidates as possible, which isn’t easy to consistent do month after month and year and after year for even the most progressive of companies.

Because for those of us from any generation, with a family or not, and especially those of us who really feel qualified on some level for the jobs we apply to, it will always suck to be one of the 99 who never hears back.